As far as Disruption goes, The EFF looks quite pedestrian next to the ANC 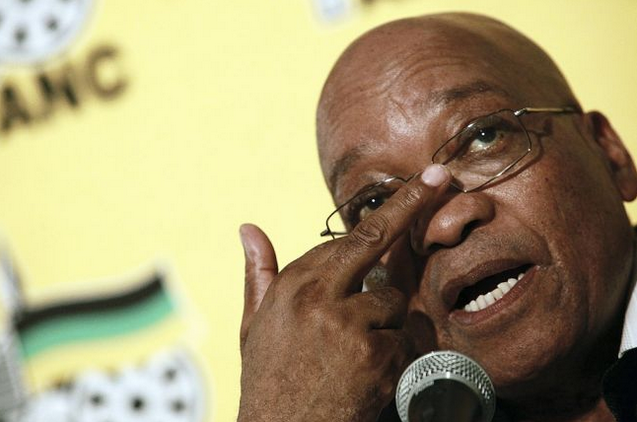 Oh what a night. One of those ‘do you remember where you were’ moments we will talk about into the future. The circus was in town, and it definitely didn’t fail to entertain.

As I watched from across an ocean via news and social media feeds, I noticed the word ‘disruption’ appear over and over. No doubt, in the weeks to come, there will be much finger pointing, investigation and opinion as to who the disruptors were, and when it all began.

As someone who works in a Disruption Agency, I’d like to chime in early and add my opinion to the mix.

We take disruption seriously, because it has consequences. When an organisation is moving in one direction, and you disrupt it, and in doing so change it’s direction, you better be prepared for the consequence, because it isn’t all smooth sailing.

You might look at yesterday’s events and think the EFF or perhaps even the DA had something to do with the chaos (the disruption), but you’d be wrong. Yesterday’s #SONA2015 was simply a consequence (result) of the disruption the ANC has been doing for the past few years.

In fact it doesn’t take a Political Analyst or a Rocket Scientist to have expected yesterday’s happenings in Cape Town. Certainly one might be surprised by the particular bits and pieces, but a breakdown or meltdown of this proportion has been coming for years now. You don’t disrupt a country over and over again and not expect yesterday’s results.

If I use Calidascope’s definition of Disruption:

To interrupt the normal continuance or unity, and deliver a new way of seeing and doing things

As I think about the disruption the ANC has executed over the last few years, off the top of my head, it’s a pretty comprehensive list of disruptive action (delivering a new way of seeing and doing things) that was always going to lead to what happened in Parliament yesterday. And I don’t think it’s over by a long shot.

I’m aware the list is longer, but I didn’t go to Google, and if this is my list, then your list is at least this long.

I know the ANC has done some amazing work during the past 20 years. I’m not taking any of that away from them, I’m simply saying that you don’t disrupt a family, a community, an organisation or a country, over and over again, and not expect that something is going to change, and in order to change, there are pieces that will break. Pieces always break.

Disruption requires careful thought, and well designed strategy. If the ANC has failed anywhere, in my opinion, it’s not that they haven’t been able to get things done, it’s that they haven’t done enough careful thinking. They’ve been sloppy in seeing where their activity was going to lead them. Add to that their seeming arrogance in expecting that they could get away with it, and you’ve got an accident waiting to happen.

Yesterday, in Parliament, another of their many-still-to-come-accidents happened.